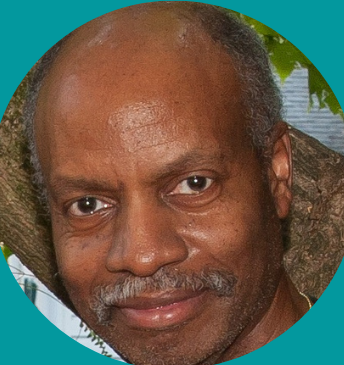 On March 12, we were thrilled to have a special colloquium talk from Dr. Mel Currie, entitled “Career: Having Your Cake and Eating it Too”, hosted jointly by the Departments of Mathematics and German.  Dr. Currie is a native Pittsburgher who earned a B.A. in Mathematics and Economics from Yale and his MA and PhD degrees in Mathematics from Pitt. He taught math in Germany for years, held professorships at Auburn U. and U. Richmond and then worked at the National Security Agency (NSA) for 25 years, becoming Chief of the Cryptographic Research and Design Division (The Codemakers). He received the NSA Director’s Distinguished Service Medal and, in 2019, a Lifetime Achievement Award from the National Association of Mathematicians. His book Mathematics: Rhyme and Reason was published by the AMS and MSRI in 2018 and he recently published the novel, Just Before Too Late.

Here is Mel Currie’s abstract for the talk:

My meanderings began as a child in what was then called Little Italy, Pittsburgh’s East End. In the generation before mine, the East End was fertile ground, on which some of the great African American musicians of the twentieth century rose up, Billy Strayhorn, Mary Lou Williams, Erroll Garner, Billy Eckstine, and my uncle, Ahmad Jamal. I followed in their wake. But their path would not be mine.

In this talk, I will try to capture the mindset that I believe was essential in balancing my interests as a human being with tending to the matter of “livelihood.” I followed my nose to Yale, Gulf Oil Corporation, Germany, the University of Pittsburgh, the academic life of a mathematician in the American South and, finally, the National Security Agency, where I spent a quarter of a century. Along the way, I’ve tried to stay open to good things happening. I doubt that I would have become a mathematician had I not left Gulf Oil Corporation and followed my love of the German language to Germany.

Moments of creativity are rare and precious. These moments are less likely to occur if we are not flexible enough to be open to them or if we have preconceived notions about when and where they should happen. If we wish to be whole, we need creativity not just in the activities that we engage, but also in choosing which activities to engage. Most of us care about more than one thing, music, mathematics, literature, you name it.

With another year of living with the COVID 19 pandemic under our belt, we unfortunately had to cancel this year’s in-person ceremony. But that won’t stop us from honoring the hard work and dedication of our graduates during this virtual year. You can find the video to our virtual ceremony here: https://www.youtube.com/watch?v=mUHeO9jbwhs.

This series is a new venture of the Dietrich School organized by Drs. Jonathan Rubin (Math) and Satish Iyengar (Statistics).  The idea of the series, as stated on its website, is as follows, “Science is more important in our society than ever before.  Science forms the basis for our technology, health care, transportation, and many other aspects of our daily lives; it even features in our politics and public policy.   This series will connect select researchers -- who have expertise in science and in communicating about science -- with members of the public interested in learning more about, and discussing, science.  How does science work?  How does science impact our lives?  What are the limitations of science?”

The inaugural Science Revealed event, “Safety in Numbers? The Use (and Misuse) of Data in Society”, took place on April 15, 2021 and was attended (online) by almost 100 members from across the Pitt community and the public.    In this event, Dietrich School faculty members Thomas Hales (Mathematics), Lucas Mentch (Statistics), Sandra Mitchell (History and Philosophy of Science), and Lara Putnam (History), and moderator Lisa Parker (Center for Bioethics & Health Law) presented a lively conversation about the role that data plays in society - the good, the bad, and the life altering.

Archival video can be found here.

The next Science Revealed event will be staged in partnership with the Pitt Alumni Association on June 2, 2021: “Perspectives on Health: (In)Equity Across Communities”.  The event is free and open to all, and we hope that you will join us!  See https://www.as.pitt.edu/sciencerevealed for more information.