What Can I Do with My Graduate Degree?

"What can I do with a graduate degree in math?" Its a natural question. Many of our graduate alumni stay in academia researching and teaching math, but others find rewarding careers in industry. In the Fall semester the graduate SIAM group -  Marina Moraiti, Michaela Kubacki, Glen Young and Abigail Snyder - organized a "Careers in Math" workshop, highlighted by talks from four recent alumni. The four: Robert Berry (who models climate to assist pricing crop insurance at a Silicon Valley start-up), Matthew Jackson (a bio-statistician at the FDA), Sara Hritz (software engineer at Lockheed Martin) and Bojana Pejic (now a credit risk manager for UBS Investment Bank), explained what their job entails, how they found it, and the daily highs and lows of applying math in the "real world." 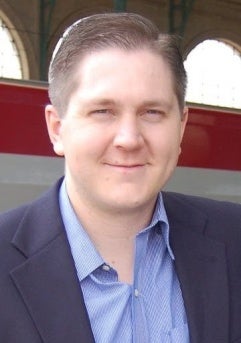 Robert Berry started his career with a BS in Math and Physics from Utah State University and a MS from Brigham Young University in 2004. Robert decided to pursue his Ph.D. at the University of Pittsburgh. Working with Professor Juan Manfredi, Robert finished his Ph.D. in 2009, with the dissertation entitled "Lipschitz Estimates for Geodesics in the Heisenberg Group." Much like today, 2009 was not an easy year to enter the work force; however, Robert was offered a Postdoctoral position at Sandia National Laboratories---specifically in the Combustion Research Facility in Livermore, California. In January 2012, he made the leap into the Silicon Valley start-up by accepting a position with The Climate Corporation in San Francisco as a Quantitative Researcher. There he develops hyper-local statistical climatological models using petabytes of data. The Climate Corp is using its models to completely upend the crop insurance world with its unique combination of Big Data, climatology, and crop modeling. 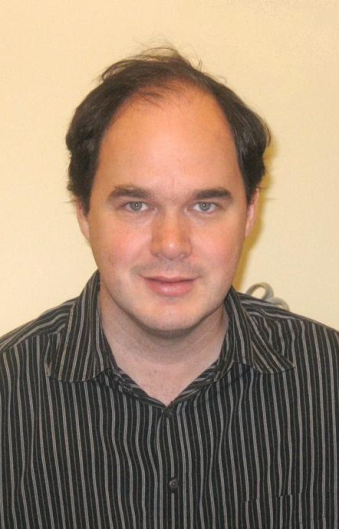 US Food and Drug Administration

Matthew Jackson is a mathematical statistician at the US Food and Drug Administration. He completed his PhD in mathematics at the University of Pittsburgh in 2006, under the direction of Bob Heath and Steve Awodey (CMU). His dissertation (A Sheaf Theoretic Approach to Measure Theory) lies in the (very small) intersection of geometry, logic, and analysis.  Prior to coming to Pitt, he completed degrees in mathematics and music at the University of Canterbury, in Christchurch, New Zealand, and a masters degree in logic from CMU. After graduating from Pitt, he worked for two years as Visiting Assistant Professor at Lawrence University, in Appleton, Wisconsin, and has been at the FDA since 2008.  Matthew's work at the FDA involves statistics and informatics. The core of his work is the review of long term carcinogenicity studies in rodents, studies that are included as a matter of routine in most New Drug Applications (NDAs) submitted to the FDA. Relatedly, his statistical research focuses on the improvement of methods for conducting and analyzing rodent carcinogenicity studies, and on analytic methods appropriate to small samples or rare events where traditional asymptotic methods based on the Central Limit Theorem are inapplicable. His informatics work is focused on the design and implementation of data standards for clinical and preclinical trials. 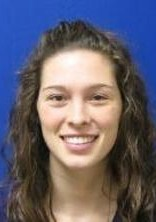 Sara Hritz is originally from Clarion, PA. She attended the University of Pittsburgh for her undergraduate career from 2004 to 2008. She graduated with a major in Mathematics and a minor in Studio Arts, with a GPA of 3.969. She was awarded with the Blumberg Memorial Scholarship and Wilma Binder Zeder Memorial Scholarship and nominated for the Emma W. Locke Memorial Award and Elizabeth Baranger Excellence in Teaching Award.  In 2010, she was accepted into the Applied Mathematics graduate program at the University of Pittsburgh, where she was a Teaching Assistant. She completed her Master of Science thesis titled “Phenomenology and Computations of a Regularization of the Navier-Stokes Equations Related to a Non-Newtonian Fluid Flow Model” and graduated with a GPA of 3.977. Upon graduation, she was hired by Lockheed Martin as a software engineer, where she is still employed.

Bojana received a MMath from the University of Oxford in 2001. She then attended the University of Pittsburgh, did her thesis research in collaboration with Professor Paul Gartside, and graduated in 2007 with a PhD in mathematics. Her dissertation was titled, “On the Uniqueness of Polish Group Topologies”, and received the Hales prize for best PhD thesis. Shortly before the stock market meltdown of 2008, she started working for UBS investment Bank as a Financial Markets Education Instructor in New York. A turbulent few years later, in 2011, she became a CVA Trader/Counterparty Credit Risk Manager.