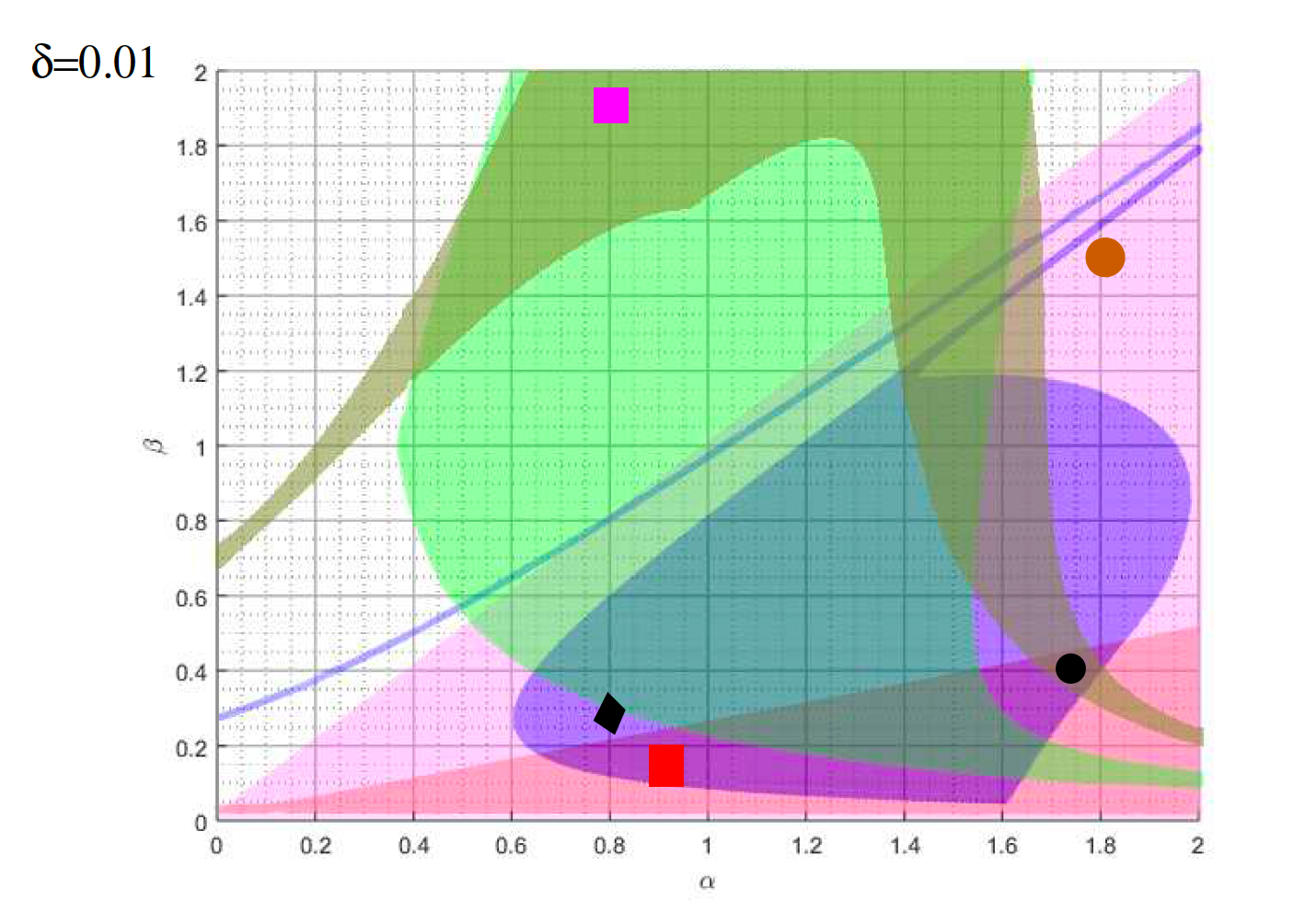 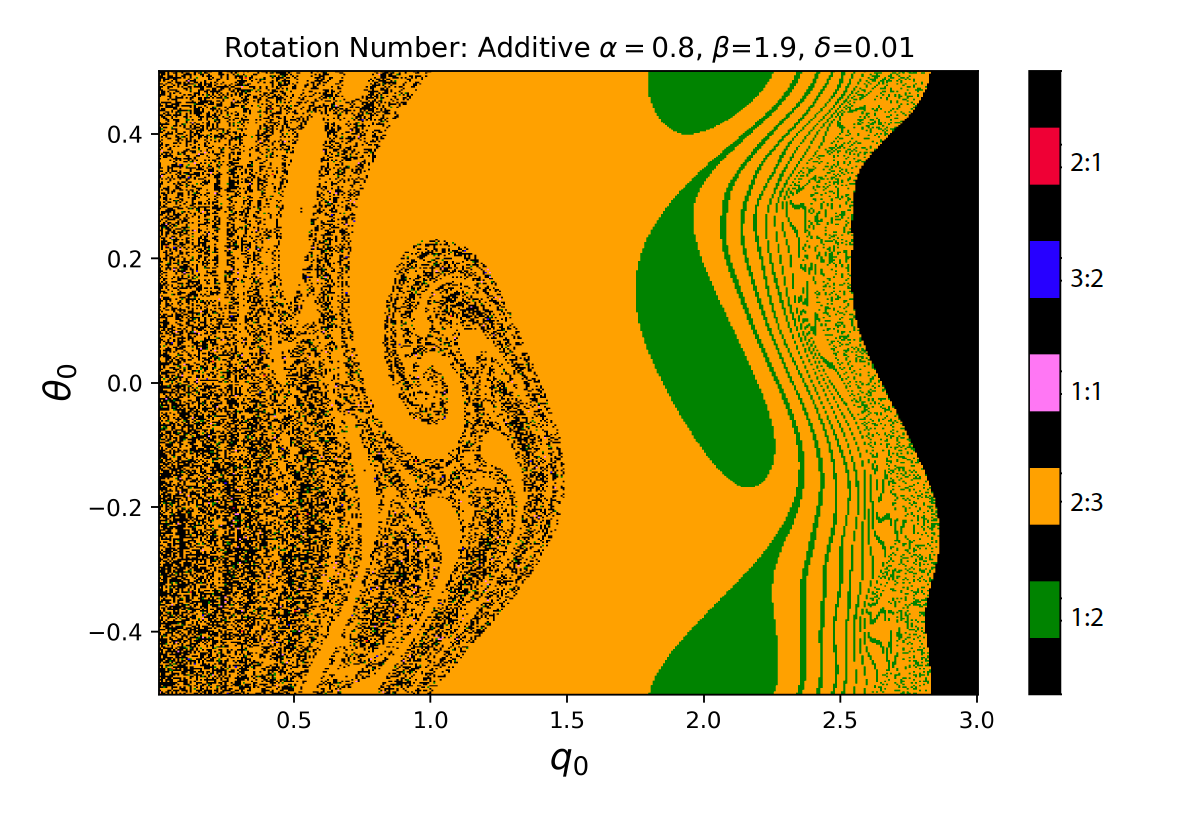 This project with undergrad Mariya Savinov and David Swigon studies a simple model for following a beat, such as from a metronome. In the model the agent can change his rate of tapping as well as the relative time he taps with respect to the metronome.  The regions of stability shows that there are many possible beat patterns as the sensitivity parameters alpha and beta vary.  Alpha is how easily he changes his timing and beta is how easy he changes his frequency of tapping.  The colors represent how many finger taps there are with each metronome beat.  There are many overlapping regions suggesting that there can be many responses to the same stimulus depending on your starting conditions. This is illustrated in the second figure (basins) that shows how your initial timing and (y-axis) and frequency (x-axis) impact your final tapping pattern. The colors correspond to your final tapping rhythm - 2 taps to 3 beats (orange) vs 1 tap to 2 beats of the metronome (green). 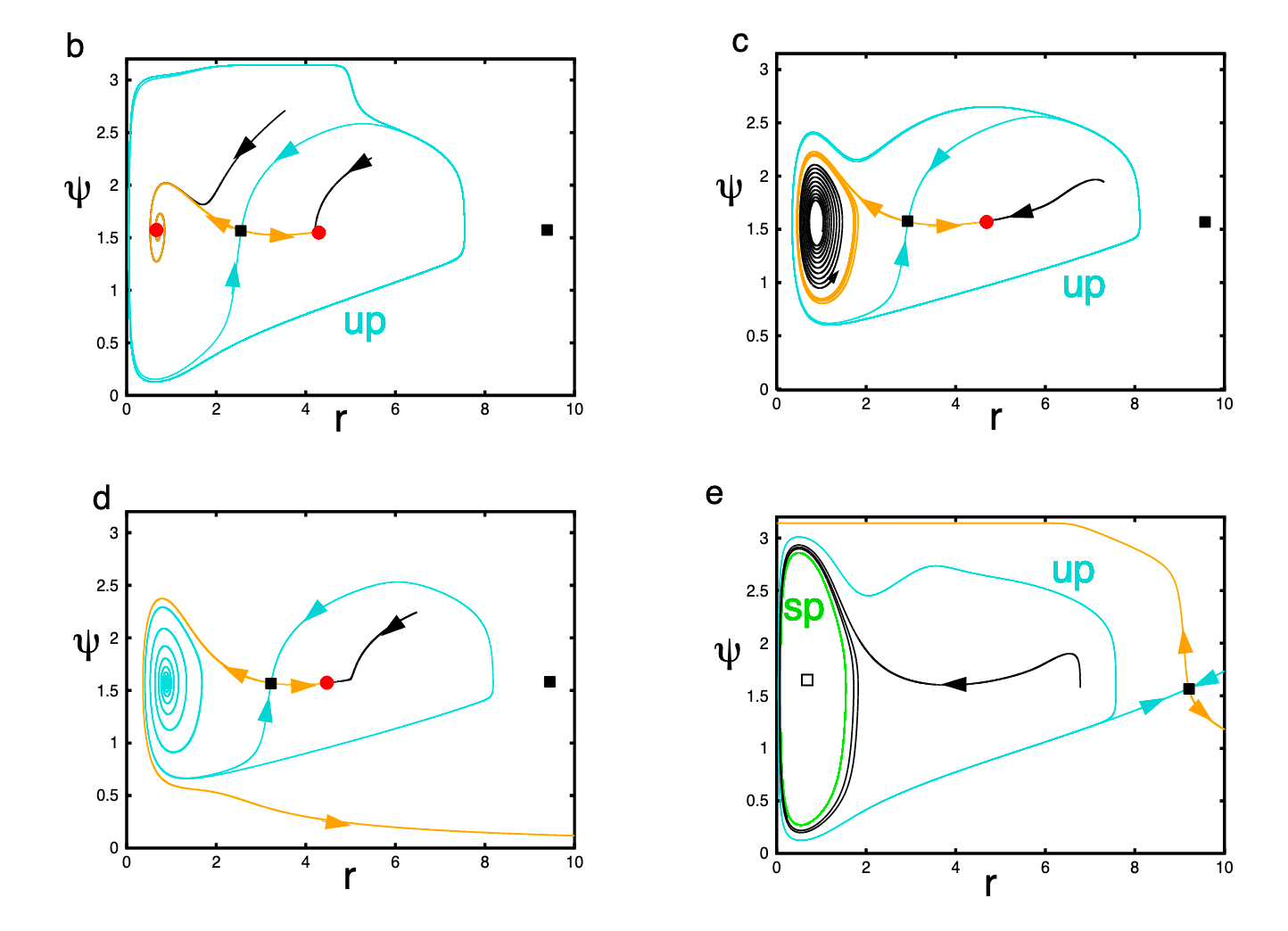 This is work done with grad student Nour Riman, and collaborators, Jonathan Victor and Sebastian Boie and will appear in SIAM Review in the Spring 2021.The paper concerns a simple model for trail following using two sensors like the antenna of an ant (as shown in the diagram) and moving in the direction of highest concentration.  The animal moves at a constant velocity while its X,Y position change as well as its heading, $\Theta$.  In some parameters regimes the dynamics become quite complicated. For example on a radial trail, (here the coordinates are distance, r, from the center of the circular trail and Psi, the heading relative to the center of the trail) , there can be many different bifurcations as the rate of turning , beta varies.  This work is part of a large NSF funded grant on how animals behave in the presence of different odors.