The International Mathematical Olympiad is the World Championship Mathematics Competition for High School students, where the brightest mathematics students from more than 100 countries compete. The winning U.S. team score was 214 out of a possible 252, ahead of the Republic of Korea (207) and China (204). Members of the winning 2016 U.S. team were Ankan Bhattacharya, Michael Kural, Allen Liu, Junyao Peng, Ashwin Sah, and Yuan Yao, all of whom were awarded gold medals for their individual scores.  For the second year in a row, the U.S. team won first place at the 57th International Mathematical Olympiad (IMO) in Hong Kong, July 6-16.

Before the IMO, between June 7th and July 2nd, the  Mathematical Association of America (MAA) and Carnegie Mellon University (CMU) organized the Mathematical Olympiad Summer Program (MOSP) which is designed to train the best 50+ students in the country. These students are divided into 4 groups: black (USA IMO Team plus USAMO finalists), blue (next TOP finalists at USAMO and the extended USA team for IMO), and red 1 & 2 (USAJMO winners and finalists). This intensive training program is run by its director, Po-Shen Loh of Carnegie Mellon with help of its associate director, Razvan Gelca of Texas Tech University and it featured other instructors (faculty, postdocs and Ph.D. students) from universities such as: Harvard, Massachusetts Institute of Technology (MIT), Columbia, Stanford, Carnegie Mellon University (CMU), North Carolina State University (NCSU) and University of Pittsburgh. The MAA and CMU released a video about MOSP.

We are happy to announce that 3 MOSP instructors were from our department: faculty Bogdan Ion, and Ph.D. students Cezar Lupu and Roxana-Irina Popescu. Prof. Ion and Cezar Lupu were also involved directly in the preparation of black and blue groups while Roxana Popescu was more focused with red 1 & 2. For a period of almost a month, Prof. Ion delivered 8 lectures about cyclotomics, combinatorial nullstellensatz, applications of Galois theory to elementary problems. Lupu delivered 15 lectures and one seminar about minima and maxima in Euclidian geometry, sequences, series and inequalities, applications of real analysis techniques in solving elementary problems, applications of Fourier series in olympiad problems, algebraic integers and applications, computational geometry, and irreducible polynomials. Popescu's 8 lectures included topics on prime exponents, polynomials, and algebraic integers.

More details about MOSP can be found on Cezar Lupu's website here. 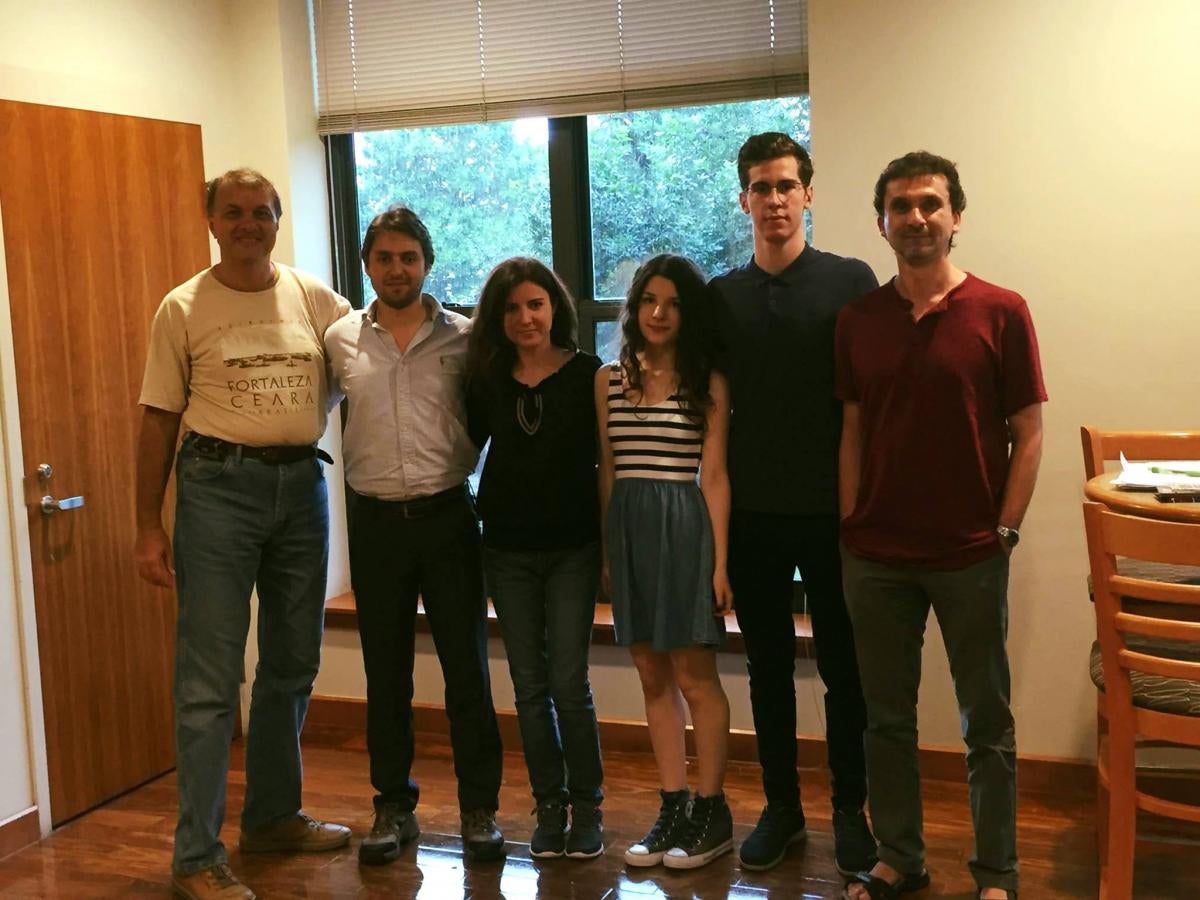